Why You Need to Eat Organic Lard: 8 Simple Reasons

When people hear the word lard, they immediately imagine clogged arteries. This misconception has been largely debunked in the last few years. Lard is a saturated fat and can safely be consumed as part of a healthy diet. Any perceived association between saturated fats and heart disease is scientifically inaccurate.

If you need some convincing, read the below article detailing findings from a recent study:

“Trans fats, But Not Saturated Fats Like Butter [or Lard], Linked to Greater Risk of Early Death and Heart Disease” – Science Daily

Lard is essentially pig fat.  This fat can commonly be found in unrendered or rendered forms, and can be found locally, as well as in many grocery stores. The rendering process of lard is quite simple. Pork fat is steamed or boiled in water, then through a separation process, the leftover fat is what is known as lard. The end product is then strained to remove any impurities. Lard can also be made easily at home in a slow cooker or on the stovetop by adding water, then slowly cooking the water and pork fat until all the water evaporates.

Perhaps you remember your grandparents talking about all the lard their families used in decades past? Well, it’s been around for quite some time! It’s used worldwide as a cooking fat and it results in more savory dishes and flakier pastries (it’s excellent for baking!). The use of lard is increasingly becoming more popular in our day, especially among the more health-conscious.

What is Organic Lard?

As stated earlier, lard is a saturated fat rendered from pork fat. Tallow, which is derived from beef fat, is very similar to lard in composition. Again, lard is mostly made up of fats and these fats are known as triglycerides. Each triglyceride molecule consists of three fatty acid chains. The distribution of fatty acids in these chains is what sets one oil apart from another.

Interestingly, lard can significantly vary in fatty acid content, dependent upon the diet of the animals it was sourced from. For example, pigs in North America are mainly fed corn, unlike pigs raised in Spain, which are often fed acorns and peanuts, resulting in varying kinds of lard.

In the early 1900s, lard was regularly used as a cooking oil across the globe. It was a key ingredient for most of the tasty and scrumptious recipes from generations past.

Lard is excellent for perfectly flaky pie pastries, melt in your mouth biscuits, superior tasting gravies, crispy fried chicken, mouthwatering popcorn, and a whole lot more. However, in recent years, lard has just about completely disappeared from most kitchens due to the misinformation that saturated fats are linked to heart disease. Also, the increasing popularity of more unhealthy oils (vegetable oils, hydrogenated oils, and trans-fats) helped to reduce the popularity of lard.

In regards to publicity, lard took a beating when Upton Sinclair’s novel, The Jungle, contained stories of fictional characters falling into lard rendering vats, only for the contaminated end-product to be sold later to the public. It portrayed that deaths of this sort in rendering plants went ignored and that lard was being sold without any consideration for workers or the consuming public.

Due to this stigma, lard fell in popularity. If that’s not enough, aggressive ad campaigns from companies like Crisco, with hydrogenated fat products, also locked-in lard’s demise. What was once a staple and mainstay for family cooking lost popularity and was given the stigma of being nothing more than “poverty food”.

Where to Find the Best Organic Lard

Lard is healthier when it comes from pigs which eat organic plants or feed. Containers of lard can be bought in supermarkets, but these products have usually been hydrogenated so that they will last longer. Not only are the store-bought brands often heavily processed, but they also may be derived from pigs given harmful chemicals like ractopamine.

Why buy lard that’s been treated with chemicals,  bleached, then deodorized with deodorizing agents? Always go organic when it comes to purchasing lard, there’s simply no reason not to.

High-quality USDA Certified and minimally processed lard can easily be found online and at health-conscious grocery stores like Whole Foods. While it’s more expensive than the cheap fats found at the average grocery store, a little lard goes a long way!

8 Reasons to Use Organic Lard

There are so many benefits and reasons to use lard, too many to have an exhaustive list here. Yet, we’ll go ahead and at least give you a few reasons for why you can feel good about using this wonderfully simple fat.

As noted earlier, the idea that saturated fats are directly linked to an onset of heart disease is merely myth. On the contrary, the onset of heart disease is linked to highly processed fats like margarine and other trans-fats, not to naturally saturated fats like lard. Lard and butter have traditionally been used on a massive scale in earlier times without any trouble.

Various reliable sources found that saturated fats are indeed part of a healthy diet, including one study of over 300,000 individuals published by the American Journal of Clinical Nutrition (Source 1, Source 2).

As long as your lard was sourced from pigs that were regularly exposed to sunlight, it will contain higher amounts of Vitamin D.  Also, since Vitamin D requires fatty acids in order to help calcium’s absorption into the body, it’s wise to not purposely limit their intake. So, not only does lard improve the tase of your food, but it also may help to supplement your Vitamin D intake or Calcium uptake.

#3 – Lard is a Healthy Source of Cholesterol

Studies show that saturated fats [like lard] increase levels of HDL cholesterol. The increase of HDL cholesterol is associated with a decreased risk of cardiovascular disease in this study. That being said, HDL isn’t the only factor in a decreased risk of heart disease because there are other genetic factors that come into play as well. Whatever the case, there’s simply no reason for the average person to cut lard out of their diet.

#4 – Lard is Perfectly Suited for Baking

If you like good biscuits, please cook them with lard next time! Whether you’re preparing pastries, biscuits, pie crusts, or cookies, the implementation of lard into your recipes makes for excellently tasting baked goods. Varying the kinds of fats you use in your baked goods will also allow you to experiment with the differing taste qualities and characteristics in those fats.

Personally, I really enjoy alternating fats from time to time when I bake because it’s amazing how different the results can be. For example, if you make homemade brownies with coconut oil one week, try making them with lard the next time you make them. I absolutely love making them with both oils, but I can choose which fat I want to use depending on which taste I prefer at any given time.

#5 – Lard Can Be Bought Locally

If you’re concerned about decreasing your carbon footprint, buy lard from your local pig farmer. Supporting local farmers is an excellent way to do business with those trying to provide for their families.

Farming isn’t easy nowadays, so support local products from local farmers whenever you can. Also, you may even be able to take a trip to your local farm to see how they raise their pigs so that you know what you’re getting. Better yet, you could purchase unrendered pork fat from them (very cheap) and render the lard yourself.

It’s always fun to find out how things are made so that you don’t become disconnected from reality, which often happens in the instant gratification society we live in. Local farms are excellent places to learn about how the food we eat gets to the table. Hopefully, the local farms where you live provide good examples of the process.

#6 – Organic Lard is Neutral in Flavor

While some people use coconut oil because it is a heat stable cooking oil, it does have a unique flavor that some may not like all that much, or that may not be appropriate for specific recipes. So, if you need a neutral flavored cooking oil, lard should be high up there on your list of flavorless oil choices.

Lard is perfect for deep frying and sautéing due to its high smoke point. Using organic lard results in a perfectly browned crust on vegetables and meats without any distinct flavor. If anything, it seems to enhance the flavors already in any given dish. Since it’s neutral in flavor, organic lard is also perfect when used in baked goods as noted earlier. That’s right, it won’t make your cherry pie taste like ham!

#7 – Organic Lard is Sustainable and Environment-Friendly

If you’re not already purchasing organic oils, you have no idea whether or not they’ve been made from genetically modified organisms (GMO’s), or were sourced from crops that were heavily sprayed. Using organic oils like lard is a big improvement over any other conventional and “natural” run-of-the-mill cooking oils you’ll find at the grocery store.

Also, since lard comes from pigs (which can thrive almost anywhere), you’re investing in a sustainable production process. If you’ve never seen pasture raised pigs, you should probably know that they’re a great help to the environment. Granted, they will tear up vegetation and grass in no time, so it won’t look pretty. But, by tearing up top-soil and foraging, they help to naturally fertilize the ground.

So, purchasing sustainably raised organic lard is a great way to say “NO” to a conventional market that contributes to hundreds of thousands of pesticide-ridden fields, as well as the thriving preservative, antibiotic, and chemical market in the meat production business.

Over the centuries, pork fat has been used time and time again. Thankfully in recent times, there seems to be a returning to simplicity in many areas of life. There’s a certain excitement and enticement when it comes to thinking about rendering fat the way our great-grandparents did when they were young.

Believe it or not, returning to the old ways is actually quite beneficial in many cases. Continuing the legacy of making and using this healthy fat should have great appeal for anyone who’s interested in living a natural and healthy life.

Now that we’ve debunked a few myths, listed a bunch of benefits, and pondered times past, you should be quite a bit more knowledgeable on why lard should once again be a food staple in your family. Better yet, since it’s so easy to render, why not show your children how easy it is to make by rendering it with them, just like your grandparents’ parents showed them when they were children?

Eat lard, be healthy, and continue to make choices to live that enticingly simple life.

We love to hear feedback, comments, and ideas from our readers. Share your thoughts below. 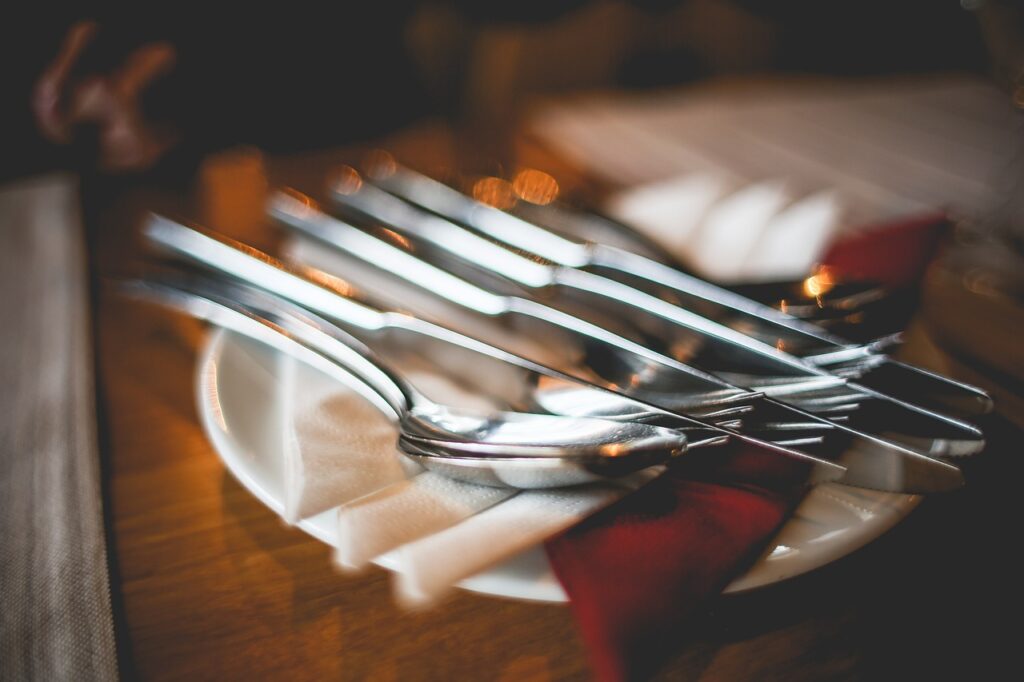 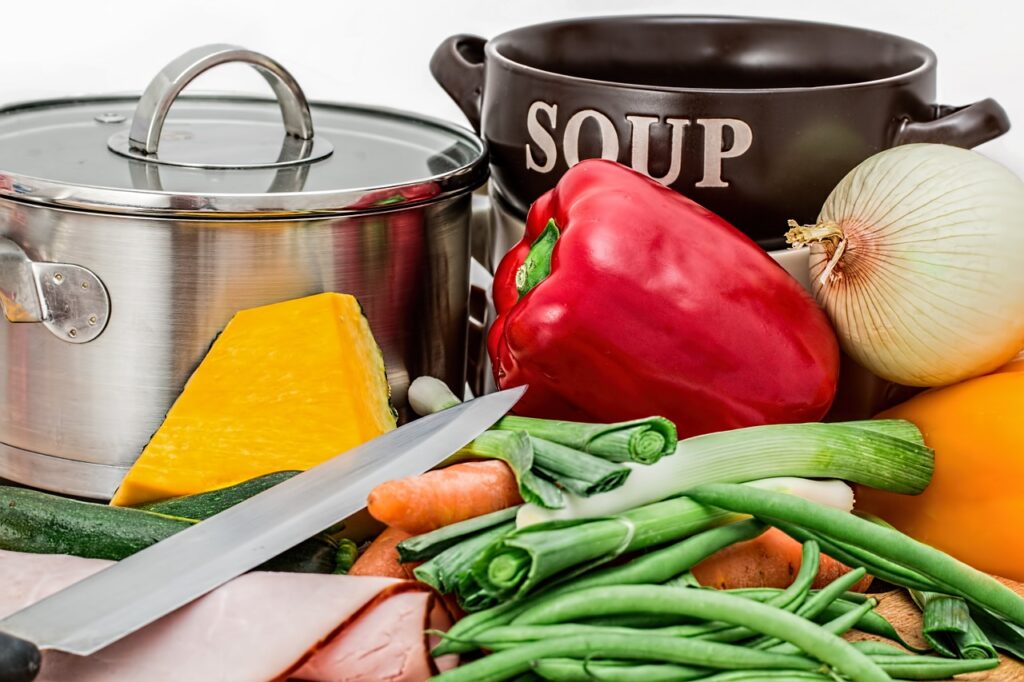